Previously it was shown that differential selection in monoculture and mixed species grassland communities could lead to the rapid emergence of monoculture and mixture phenotypes. I conducted a similar experiment showing that community diversity as selective environment can alter plant performance and functional traits.

Underlying mechanisms for such rapid phenotypic responses are however still unclear. We hypothesize that in biodiversity experiments pre-adapted genotypes or epigenetic variants could be sorted out from the standing genetic or epigenetic variation. To test if biodiversity acted as a selective environment, we grew offspring from plants that were exposed for twelve years to a monocultures or mixture environment under controlled greenhouse conditions. Using epiGBS, a genotyping by sequencing approach combined with bisulphite conversion to provide integrative genetic and epigenetic data, we showed that plants with a monoculture or mixture background were genetically distinct. Our data reveals a strong correlation between genetic and epigenetic variation and suggest genetic variation as driving force of most epigenetic variation. This pattern was consistently observed across different plant species. These results suggest that, in perennial grassland species, selection of genetic variation underlies the rapid emergence of monoculture and mixture types.
Link to the publication.

For a quick overview check out the following poster (presented at the 40th New Phytologist Symposium in Vienna, Austria).
Poster: Evidence for Rapid Evolution in Grasslands (pdf)

A short English summary of the research can be found here. 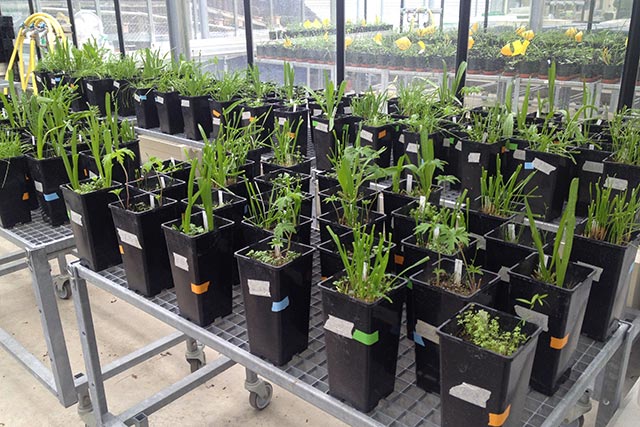